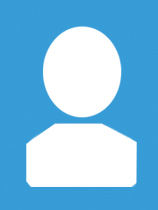 Lina has experience working with children with a variety of speech-language disorders across various therapeutic settings. She has worked extensively with children ages birth to seven, and those with Autism Spectrum Disorder. Lina uses a total communication approach and incorporates self-regulation strategies and mindfulness practices into play-based speech and language therapy. She is fluent in Russian, and is conversational in Spanish and basic American Sign Language.